The Beatles figured out “Money Can’t Buy Me Love,” but what about money buying me happiness?

I love a great story with a great moral. The 1952 movie “The Steel Trap” has Cotton playing  a typical 9-5 executive, frustrated by his boring job and the everyday grind and his seemingly lack of the necessary funds he thinks he needs to be happy.

Cotton is an Assistant Bank Manager after starting out eleven years earlier as an Assistant Teller.  He has a wife, played by Teresa Wright and a daughter, both of whom he wishes he could provide for better financially.

He concocts this scheme to steal a million dollars from the bank where he works, because he knows all the ins-and-outs of the bank’s nuances, then plans to head to Brazil with his wife and the cash. He says, “I was shocked by the enormity of my thoughts!” “Slowly and insidiously an idea took shape in my mind.”

Why Brazil? Cotton discovered Brazil has no extradition agreement with the United States, so he thinks he and his family will be safe living in the lap of luxury in Brazil and even though he’s leaving the country with only his wife, he feels there will be no problem sending for his daughter later, who is staying with grandma.

So, Cotton steals the million dollars from the bank safe on Friday, staying a few minutes late after work, and throws it into a suitcase. He knows the robbery won’t be discovered until Monday morning when the safe is opened again and by then he and his wife will be in Brazil.

After he steals the money, Cotton has to break into the Brazilian Consulate to retrieve his and his wife’s passports after he missed getting to the Consulate before closing time. Passports in hand, he jumps into a taxi where his wife has been waiting for him so they can get to the airport in time to catch their flight to New Orleans, then on to another connecting flight to Brazil.

Cotton’s wife, Teresa Wright, has been told by Cotton that they’re leaving for a two-week bank business trip get-away to Rio de Janeiro where Cotton is in charge of an international construction deal for the bank.

Great plan! What could possibly go wrong, right?  Right before boarding his flight from New Orleans to Brazil, custom agents are tipped off that ” There is this guy with a suitcase that weighs 115 pounds and is acting very nervous,” so custom agents seize his suitcase thinking it’s drugs, open the suitcase and discover a million dollars in cash!

They detain Cotton and his wife from boarding their plane to Brazil, but Cotton convinces them the money is for the intended bank business deal in Brazil and he’s the one in charge. He has all the credentials personally and from the bank to prove he is who he says he is, so customs release them both, but they miss their flight to Brazil and are forced to spend a second night in New Orleans. Cotton “fesses up” to his wife that he actually stole the money from the bank, and instead of being overjoyed, she is horrified, leaves him and catches the next flight back home!

Now Cotton is left alone in New Orleans with a million dollar suitcase, but no wife! Cotton states, “I’m learning fast what it’s like to be alone.”

Unhappy with the way things turned out, he hops on the next flight back home arriving at the bank on Monday morning right after the bank opens with the million dollar suitcase in hand. He now has to put all the money back into the safe before the safe is opened.

He manages to put all the money back into the safe and get out of the safe minutes before it’s opened. Co-workers then see him looking as if he’s ready to pass out, worried about him and thinking he might be ill they send him home. He then retraces the same steps back home that he has for the last eleven years, this time saying to himself, “Never does the world look so good as it looks right now!” 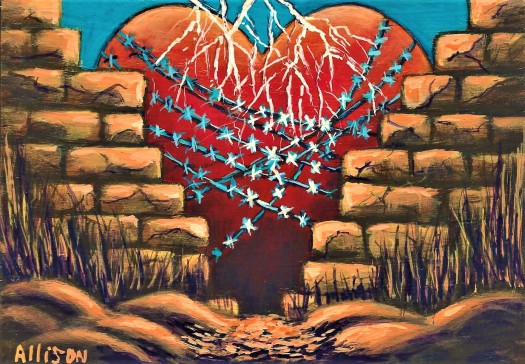